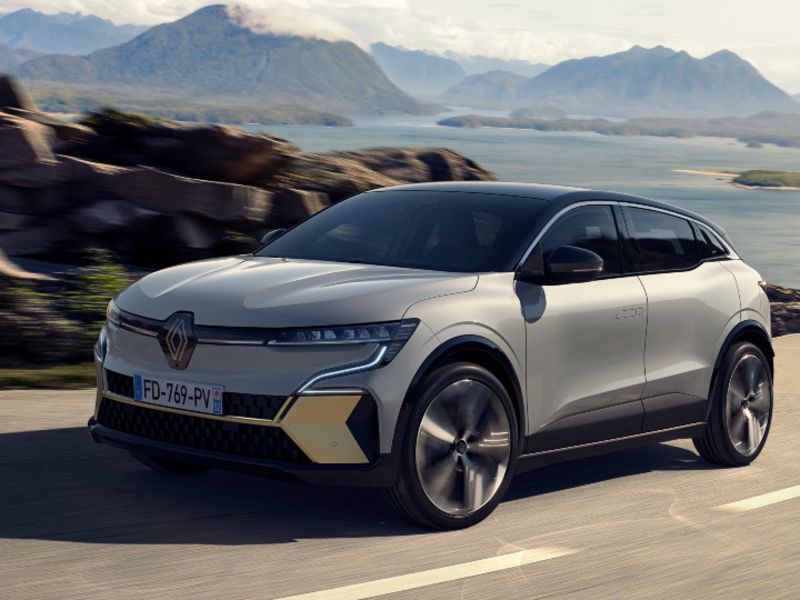 Laurens van den Acker took over as head of Renault Group design in 2009 and presided over a successful revamping of the Renault brand’s lineup. Now, under new CEO Luca de Meo, he is stepping into a less hands-on role at the automaker as executive vice president, group design. Van den Acker spoke with Automotive News Europe News Editor Peter Sigal at the Munich auto show about his new position, the coming Renault Megane E-Tech Electric, and the future Renault 5 and Renault 4ever retro-influenced EVs.

How does the Megane E-Tech Electric compact represent Renault’s design DNA? It features an organic shape but with sharp technological detailing.

Megane E-Tech for me is more than just a vehicle. It’s also a symbol of the Renaulution plan, for the intent and the vision of the company, because it’s a full-electric car without compromise. And I thought it was very brave of Luca [de Meo] to call it the Megane, because by doing that you show there is no way back [to internal combustion]. It’s the heart of our lineup. It’s a very important car because for Renault to be able to sell electric vehicles, they will be more expensive. We need to upgrade the design, the finish and the quality, and give it enough substance in terms of technology and sensations that [the higher price] really is justified. Design wise, it’s in the middle, because it’s the vehicle that is at the end of my reign at Renault design and the start of Gilles Vidal’s. You can already see the influence of Luca — we did a Megane show car for him, and he pushed the production car to get as close as we possibly could to the show car. And this had a really positive influence because he pushed the size of the wheels, he pushed the finishes, the colors.

Can you talk about the interior screen layout, in an inverse “L” position with more than 700 square centimeters of nearly continuous screen space from the instrument panel through to a deep touch screen, except for a small air vent?

What we have seen is despite everything there is an inflation in screen size. This is natural — if my phone is bigger than yours, I am more modern, I am more progressive, I am richer. But there is a benefit. And we felt that the vertical layout is the easiest if you want to use the navigation features. The challenge for us was how to integrate the air vents in a way that looks natural.

The Google Automotive System interface is also a big step forward. The ability to use Google apps, Google maps, Play Store, Assistant — that is really going to simplify things for a lot of people, right?

In the end, this is what people use in their cars. You can forget your smartphone at home but you will still have all your apps in your car. People will find the same digital environment in the car as in their smartphones. This is just a fantastic USP [unique selling proposition]. There are many, many complaints about multimedia systems in cars, no matter who does it, and 80 percent of those complaints are linked to navigation. By not trying to be a better navigation integrator than Google, we hopefully will reduce our potential complaints.

Designers have said that when we have dedicated EV platforms, we will have more freedom to be creative. How is that reflected in the Megane E-Tech on the CMP-EV platform?

The engine compartment is very compact, which allows us to have very short front overhangs and allows us to put the HVAC system in front. And because the engine is very narrow, we can put big wheels and tires on the car and not sacrifice a tight turning radius, because with a normal engine, we would not be able to to turn the wheels enough. In the passenger compartment we have created another space for storage and we have very good knee room. We have a wheelbase of 2.70 meters, which is compact SUV size. So you have tons of leg room, even though the vehicle is 4.21 meters long. And we have have a very voluminous and very deep trunk space, because there is no exhaust.

Because electric vehicles are fundamentally simpler than internal combustion vehicles, will that shorten the time to market for a new vehicle?

We will find other ways to complicate our lives, because we need to introduce all kinds of sensors and radars and cameras and security. I think where it might save us time is after the product is launched because the cars will be easier to assemble. We will not have a special line for a complicated gearbox, for example. So there are certain things that are simplified. But there are other things that will compensate.

How does the Renault 5, which has a retro influence even if it’s not a retro design, and the Renault 4ever future EV fit into the overall design direction of Renault?

In two ways. First, I do not look at these cars as a starting direction that needs to be applied to the rest of the lineup. For me, they are unique. It’s sort of like a Ford Mustang or a Ford Bronco — you have the core lineup and then you have a Bronco and a Mustang because those are telling you stories of the past. When I started at Renault in 2009, people asked me if I was going to do a new Renault 4 or Renault 5. And I said, “Look, I’m hired for the future. That is for the past, and I needed to do a new Clio.” And at the time, I think that was the right choice.

Now what you see in this transformation [to EVs] is that certain vehicles are disappearing. Is there still room for some of the nameplates that we have? What’s the next Scenic? Is there room for a Twingo? And in this particular period where you have a risk of becoming banal, like anybody else, to be able to dive into this treasure box of icons that we have that really tell a story about the roots of the company, the brand, is a richness and an advantage that we should use. And now the idea of a Renault 5, an electric, progressive, cool city car is super attractive, and it helps us to give a flavor to the brand.

In the past 10 years, you have been very hands-on with the Renault brand. But with Gilles Vidal coming over from Peugeot and now in charge of Renault brand design, what is your future role?

I have done my hands-on job for about 10 or 11 years. And I think, I hope, it was positive for the company. It’s up to you guys to judge. But I also knew that with Luca arriving, inevitably he wants to open up a new chapter. And I know from experience that the best way to do that is to have a new guy who is hands-on. So in this new position that we created [EVP group design] I will try to help the design teams at Renault, Dacia, Alpine, and more important, give the company what it needs to keep adding new blood, new energy and a new direction.