A bizarre Chrysler PT Cruiser was recently snapped in a British parking lot and, as you can see, manages to look even worse than the stock car, which wasn’t a beauty to begin with.

These photos were posted to Reddit and show a PT Cruiser adorned with a raft of modifications inspired by Chucky, the main character from famed Horror film Child’s Play. Evidently, the owner is a big fan of the film and have modified the Chrysler to such an extent that it would look perfect on the set of a new iteration in the Child’s Play series.

For starters, the entire exterior of the car has been adorned in a Chucky-inspired livery complete with images of Chucky, splashes of color, and crime scene tape. It is unclear if the exterior finish is a vinyl wrap or paint but whatever the case may be, it is very detailed and clearly took some time and effort to get right.

Elsewhere, Chucky’s face and hands have been stuck to the car’s front grille. The wheels have also been painted in yellow, pink, green, and blue and are wrapped in white-walled tires. You may also notice hands affixed to the wing mirrors and custom seat covers, complete with Chucky on the headrests. The owner has also equipped the car with an aftermarket rear wing.

While we wouldn’t be seen dead driving this PT Cruiser, one has to commend the owner for the effort. The unique colors also help to draw attention away from the weird shape of the car, which is might not be a bad thing after all. 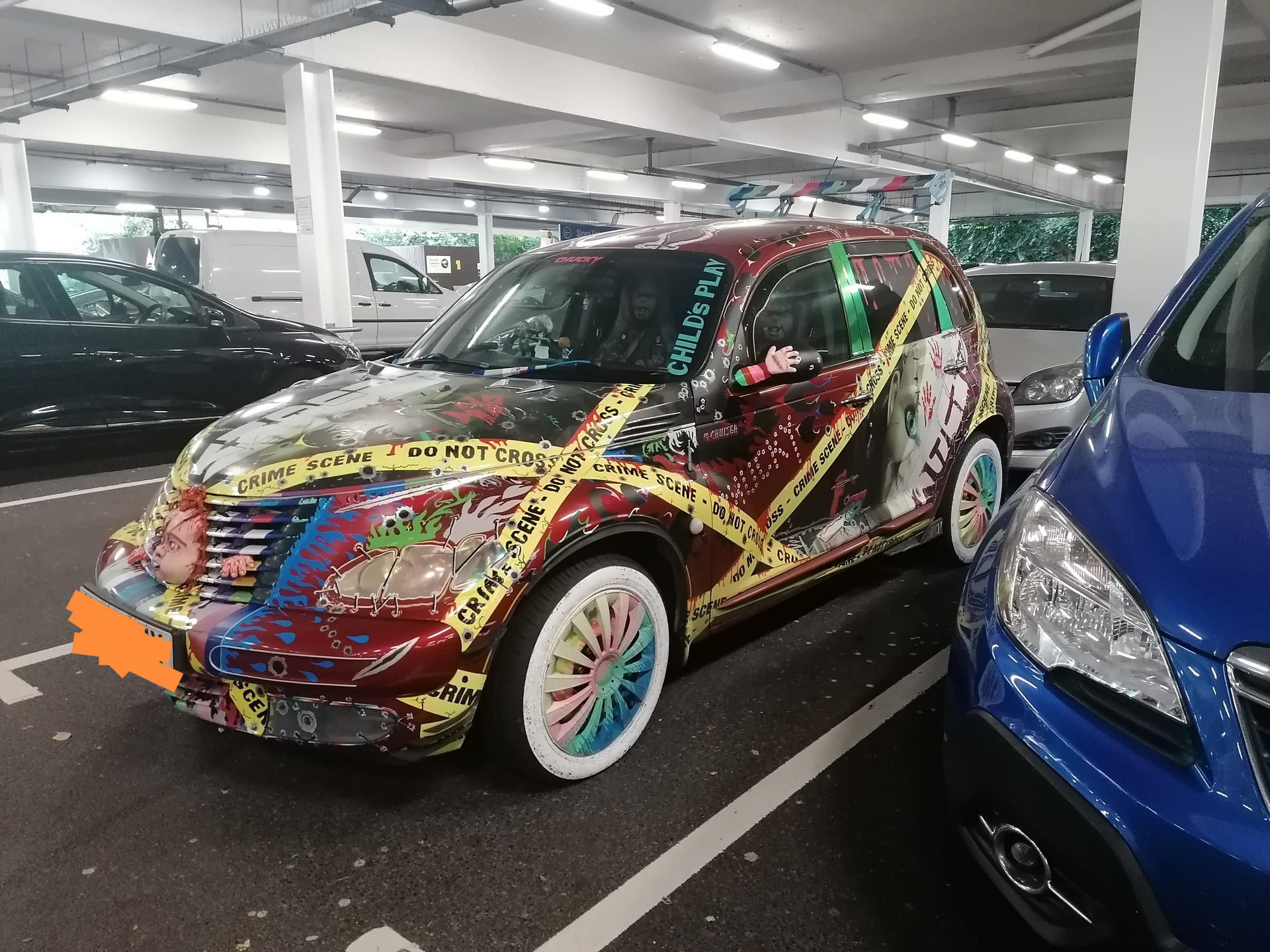