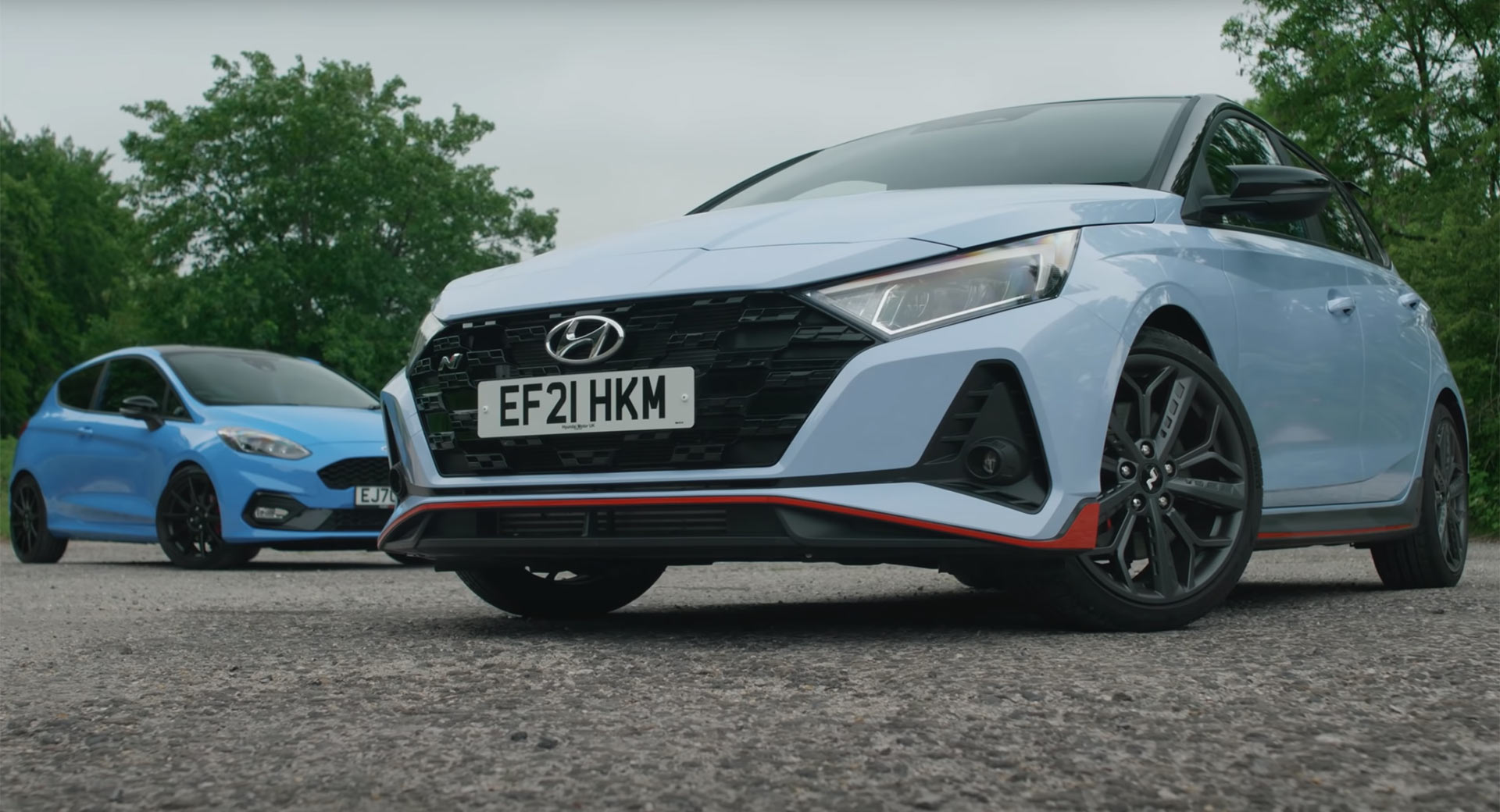 The Ford Fiesta ST has long been the king of small hot hatches but with the new Hyundai i20 N, it now has a new rival on its hands.

Powering the Korean i20 N is a 1.6-liter turbocharged four-cylinder with 201 hp and 203 lb-ft (275 Nm) of torque. This engine is coupled to a six-speed manual transmission driving the front wheels through a limited-slip differential. By comparison, the Ford Fiesta ST has a slightly smaller 1.5-liter EcoBoost three-cylinder making 197 hp and 214 lb-ft (290 Nm) of torque. It too gets a six-speed manual and an LSD powering the front wheels.

Read More: 2021 Hyundai i20 N Is Here To Shake Up The Hot Hatch Market

To put the duo through their paces, Dan Prosser from Piston Heads headed on to some nice British B-roads. Admittedly, the test features the Performance Edition variant of the Fiesta ST which does gives it a bit of an advantage over the i20 N.

The first half of the review focuses on the Fiesta ST. The reviewer is clearly a very big fan of it, calling it one of the best current performance cars at any price. It dances through the corners, thanks to a rear-end that likes to kick around when you push it hard.

He says that the i20 N handles in a very similar way. Both cars have fixed-rate suspension, meaning you can’t adjust the ride quality. As such, both are quite tense and quite stiff, although that’s to be expected from a potent hot hatch. The question though is, at the end of the day, which would you rather have in your garage?