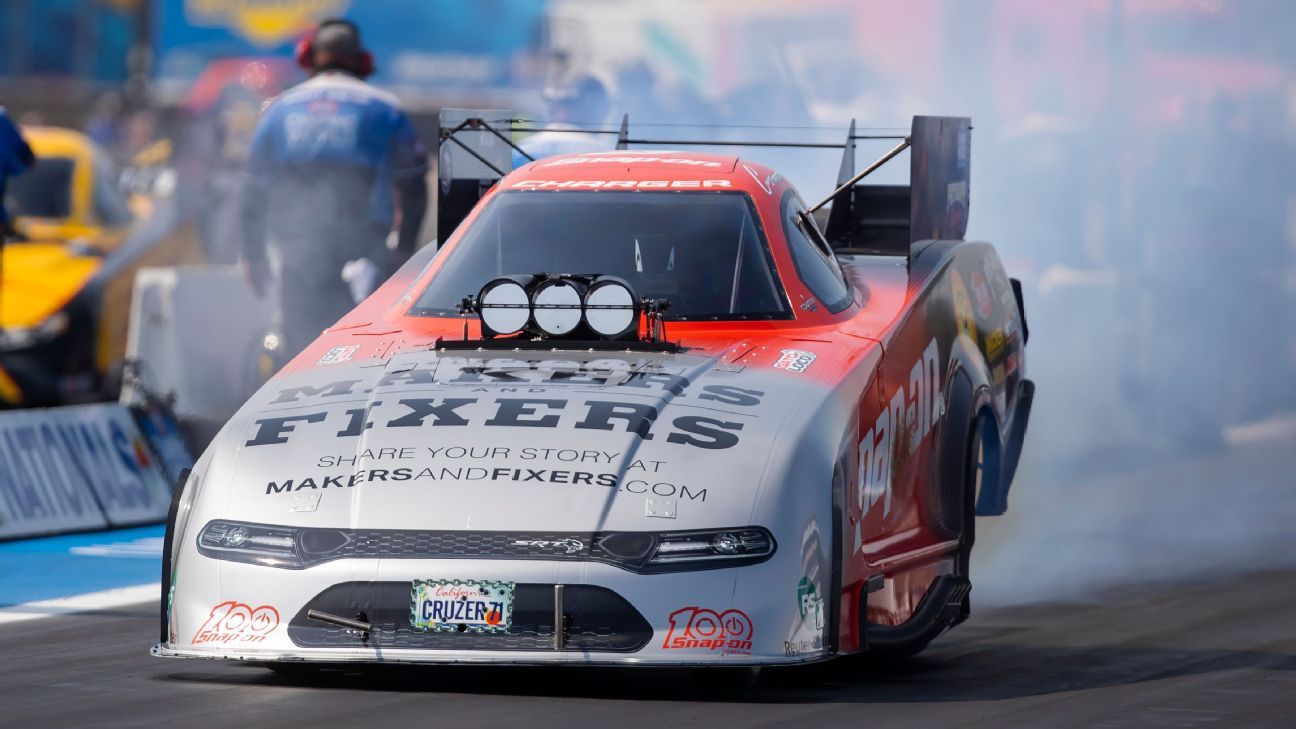 MOHNTON, Pa. — Cruz Pedregon topped Funny Car qualifying for the first time in more than six years Saturday at the Mopar Express Lane NHRA Nationals, the first event of the NHRA Countdown to the Championship playoffs.

The 57-year-old Pedregon, a two-time season champion and two-time event winner at Maple Grove Raceway, had a 3.875-second run at 326.00 mph in a Dodge Charger.

Brittany Force was the fastest in Top Fuel, Erica Enders in Pro Stock and Angelle Sampey in Pro Stock Motorcycle.