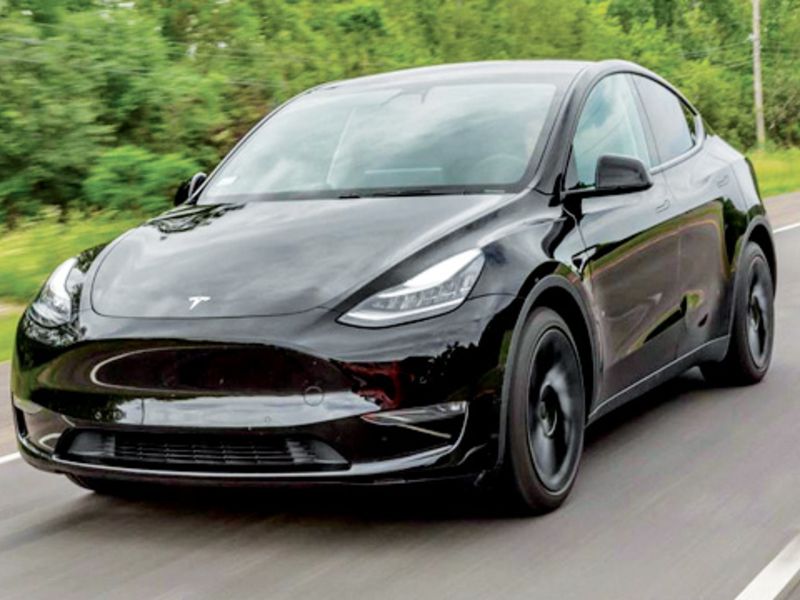 Tesla had nearly twice as many electric vehicles registered in the U.S. during the first seven months of 2021 as the rest of the industry combined — accounting for two out of every three EV registrations.

Tesla’s U.S. registrations soared 75 percent through July to reach 168,021. Because Tesla doesn’t report monthly sales results or sales by country, the registration data provides the most accurate view into its U.S. performance.

According to data gathered by Experian, EV registrations in the country more than doubled in the first seven months, outpacing the 30 percent rise in overall vehicle registrations.

Registrations of zero-emission vehicles climbed to 255,393 through July, up from 119,628 a year earlier, Experian reports. EVs accounted for 2.6 percent of total industry registrations, up from 1.6 percent last year.

The EV market is on the cusp of a growth spurt as the auto industry pivots en masse from combustion engines to batteries and electric motors. More than 100 new EV models are expected to be introduced in the U.S. over the next few years.

The Biden administration has set a target of having EVs make up half of all new-vehicle sales in the nation by 2030.

Tesla has leveraged its early start into a formidable position in the EV segment, both in the U.S. and globally. Much of its momentum is being driven by its two newest models, which are priced to appeal to a larger demographic of buyers than the luxury segments its early products targeted.

But Tesla’s EV competitors are coming on fast.

General Motors and Ford are chipping away at Tesla’s lock on the EV market. And German luxury brands Mercedes-Benz and BMW are prepping a wave of battery-powered crossovers and sedans next year.

The Chevrolet Bolt EV subcompact crossover had the third-highest registrations through July, after the Model Y and Model 3, with 21,896, up from 9,185 a year earlier.

But that momentum could slow now that GM has issued a $1.8 billion recall of all Bolts, including the new 2022 Bolt EUV and the redesigned 2022 Bolt EV, because of the risk of battery fires. Dealers are not permitted to sell the Bolts until they have applied the recall repair, which varies by model year.

Ford’s Mustang Mach-E crossover has had a promising launch. Through July, the Mach-E scored 13,951 registrations, slotting into the No. 4 spot.

Jessica Caldwell, executive director of insights at Edmunds, noted that traditional automakers have launched “Tesla killers” in recent years, only to have the market reject them. But she believes that history is now changing.

“Other automakers are finally getting the formula right — in terms of design, price and size,” Caldwell said. “Models like the Mustang Mach-E and VW ID4, as well as vehicles on the horizon such as the F-150 Lightning, show that the EV market won’t inevitably be Tesla’s for the taking.”

Non-Tesla EVs with a decline in registrations were the Jaguar I-Pace and the Volkswagen e-Golf, which went out of production at the end of 2020.

California, the top EV state, accounted for 36 percent of EV registrations, down from 42 percent in the year-earlier period, according to Experian. EV registrations in the state rose 84 percent.

Florida was No. 2, with 7.1 percent of EV registrations, followed by Texas, with 5.7 percent.

Ford boosts financial support to dealers for remote service offerings
Twitter auctions off memorabilia and brings in over $100K
Florida Crash With Tesla Was So Violent, An Engine Wound Up 50 Yards From The Wreck
Stellantis to halt Italian van plant due to parts shortage, unions say
E-Bike Battery Theft A Growing Concern In The Netherlands