A dually pickup truck is perfect for anyone looking to tow or carry heavy loads but it would appear that the owner of this Dodge Challenger likes the look of dually pickups so much they decided to give their muscle car a similar amount of ‘flair.’

This white Challenger’s rear-end has been modified with a push bumper that looks like it was lifted directly from the front of a police cruiser, giving the Dodge a bit of a Mad Max vibe. The rear axle has then been equipped with two extra wheels but no effort has been made to try and fit these additional wheels beneath custom-made arches. Instead, they simply stick out from the rest of the bodywork like a sore thumb.

A host of other modifications have been made to the car. For example, it looks to be sitting on aftermarket black wheels, both at the front and the rear. It is also rocking a rugged-looking roof rack that would be more fitting of an off-roader like the Ford Bronco or Jeep Wrangler. Louvers have also been placed over the rear window, this Reddit photo shows. It also appears as though the front features a black bull bar.

While the addition of two extra wheels certainly gives the car a unique look, we can only begin to imagine how much it impacts the ride quality and handling of the car. But hey, the whole point of this conversion was about looks, not dynamic characteristics. 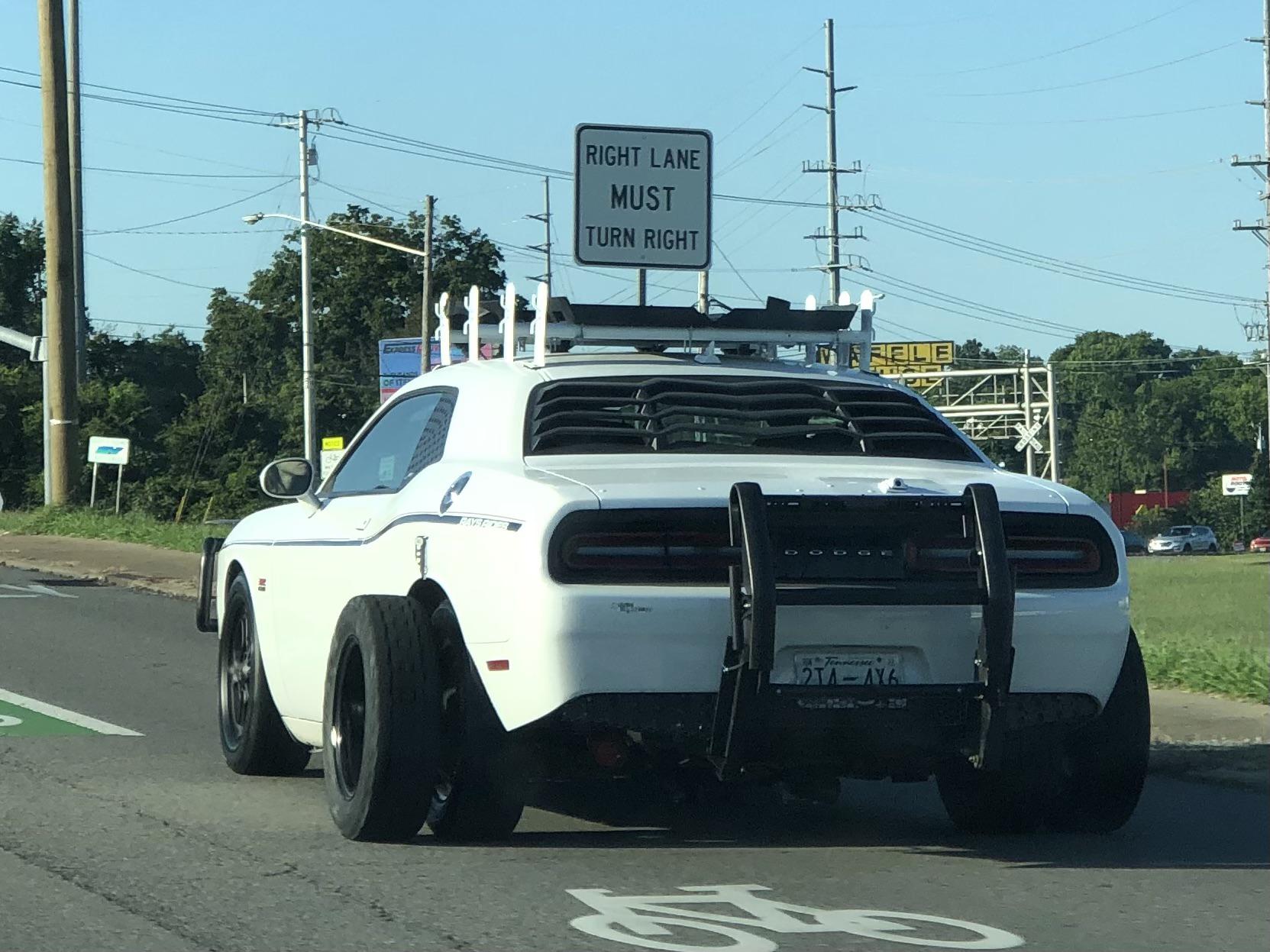