Dreamed up by the Dutch footwear brand United Nude, the Lo Res car is a design exercise that sought to take the Lamborghini Countach and simplify it down to its most basic elements. Along with being a design exercise, though, it is also a car with a real drivetrain, albeit one that is limited to low speeds.

Unfortunately for fans of Lamborghini, simplifying a Countach down to its basic elements meant editing out the V12. Instead, it has a small electric motor that can get it up to about 30 mph (48 km/h), though there are plans to convert it into a hydrogen powertrain, which seems appropriate for something this unusual.

Whoever does that conversion, though, will likely be forging a new path, because the closest comparison point that Doug DeMuro can find for the chassis (and performance) is a golf kart, though he thinks it might be custom. 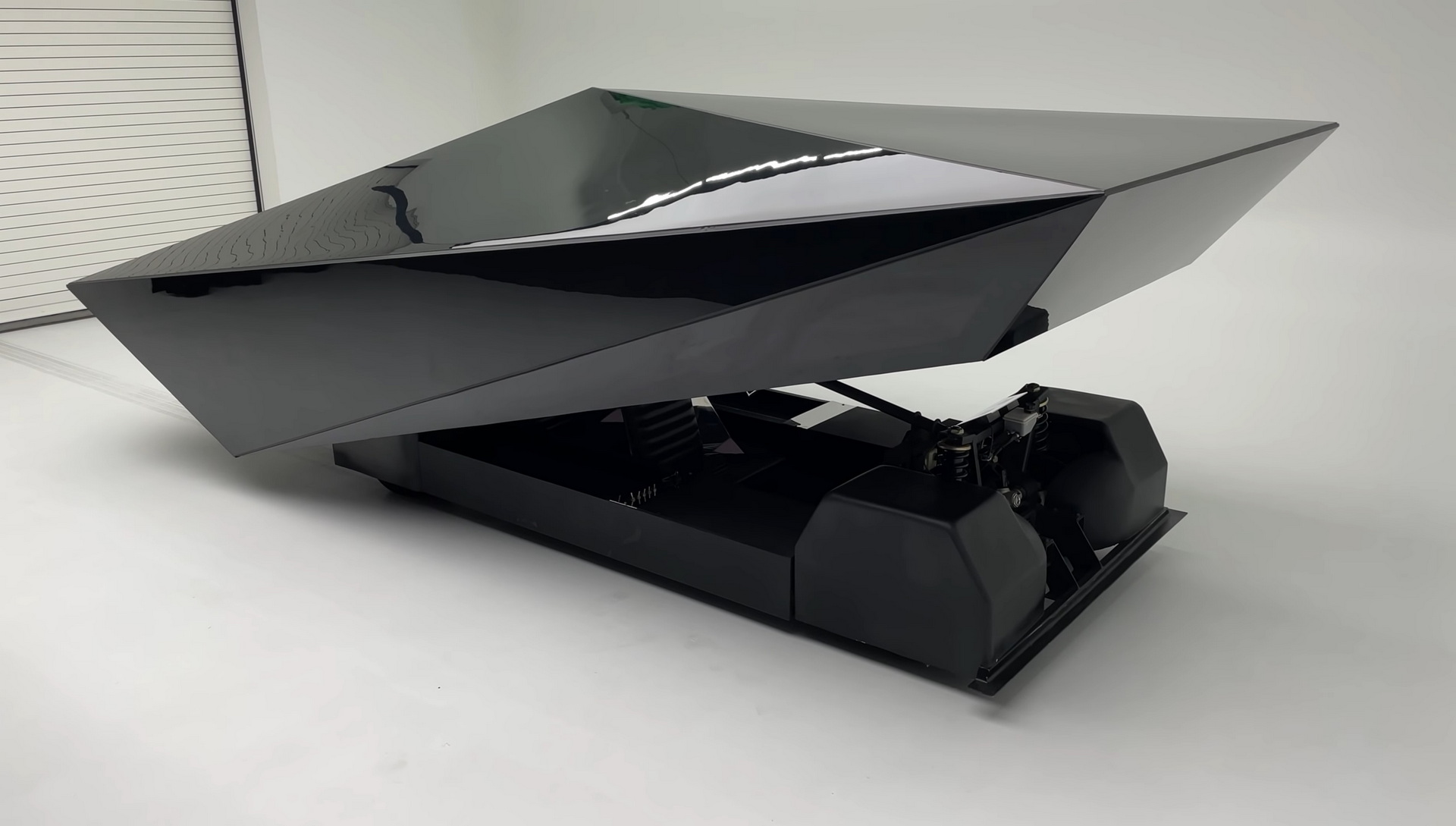 Like a golf kart, visibility out of the Lo Res car is actually pretty good, despite appearances. Apparently made out of polycarbonate, all of the panels visible on the outside of the car are actually see-through. That means outward visibility is almost entirely unimpeded, even the tint makes it hard to see in.

Actually getting in is a bit of a challenge, though. The whole body opens up like a clamshell, revealing two seats, though they’re in a row not side by side.

Despite not being particularly quick, driving the Lo Res car is a bit terrifying because of how low to the ground the driver is and how few safety features it possesses. Without seatbelts or mirrors, the coffin-shaped car is a bit of a deathtrap on the road and its steering column looks primed to impale you during even the most gentle of collisions.

All of that said, though, it certainly is one of the most unique motorized vehicles out there and there’s certainly something captivating about its dedication to its aesthetic.