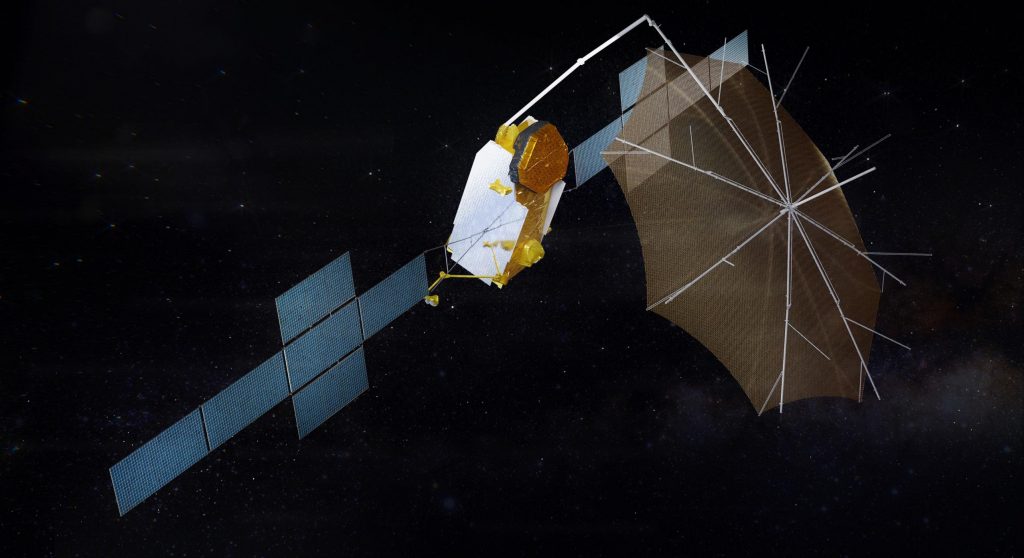 SpaceX and Middle Eastern satcom provider Yahsat have announced a contract to launch the company’s next-generation Thuraya 4-NGS satellite on a Falcon 9 rocket in the second half of 2023.

Apparently falling between the cracks, SpaceX also reportedly won a contract in July to launch a South Korean Earth observation satellite on a Falcon 9 rocket the same year. Weighing around 500 kg (~1100 lb), the spacecraft will likely fly as a rideshare payload – the latest sign that SpaceX’s Smallsat Program continues to hold its own in a rapidly changing and growing launch market.

Thuraya 4-NGS, on the other hand, is a roughly 5000 kg (~11,000 lb) geostationary communications satellite to be built by Airbus Space Systems that will launch on a dedicated Falcon 9 rocket as early as H2 2023. The SpaceX rocket will carry it to a transfer orbit measuring around 35,800 km (22,300 miles) by 300 km (185 mi) above Earth’s surface, after which the satellite itself will use onboard propulsion systems to boost into a circular geostationary orbit.

Albeit at the cost of high latency (ping) for Earth-based communications or internet users, geostationary orbits have long been popular for communications because – as the name suggests – satellites at that altitude orbit the Earth as fast as the planet itself rotates, resulting in a stationary position relative to Earth’s surface. With a stationary satellite, it’s dramatically easier to guarantee service coverage at specific locations on Earth and also makes connecting to the satellite as easy as pointing a dish at an unmoving spot in the sky.

Thuraya 4-NGS is the second geostationary commsat launch contract secured by SpaceX in 2021 and the company’s sixth or seventh win since August 2020 (not including an array of additional NASA, military, and commercial LEO missions).