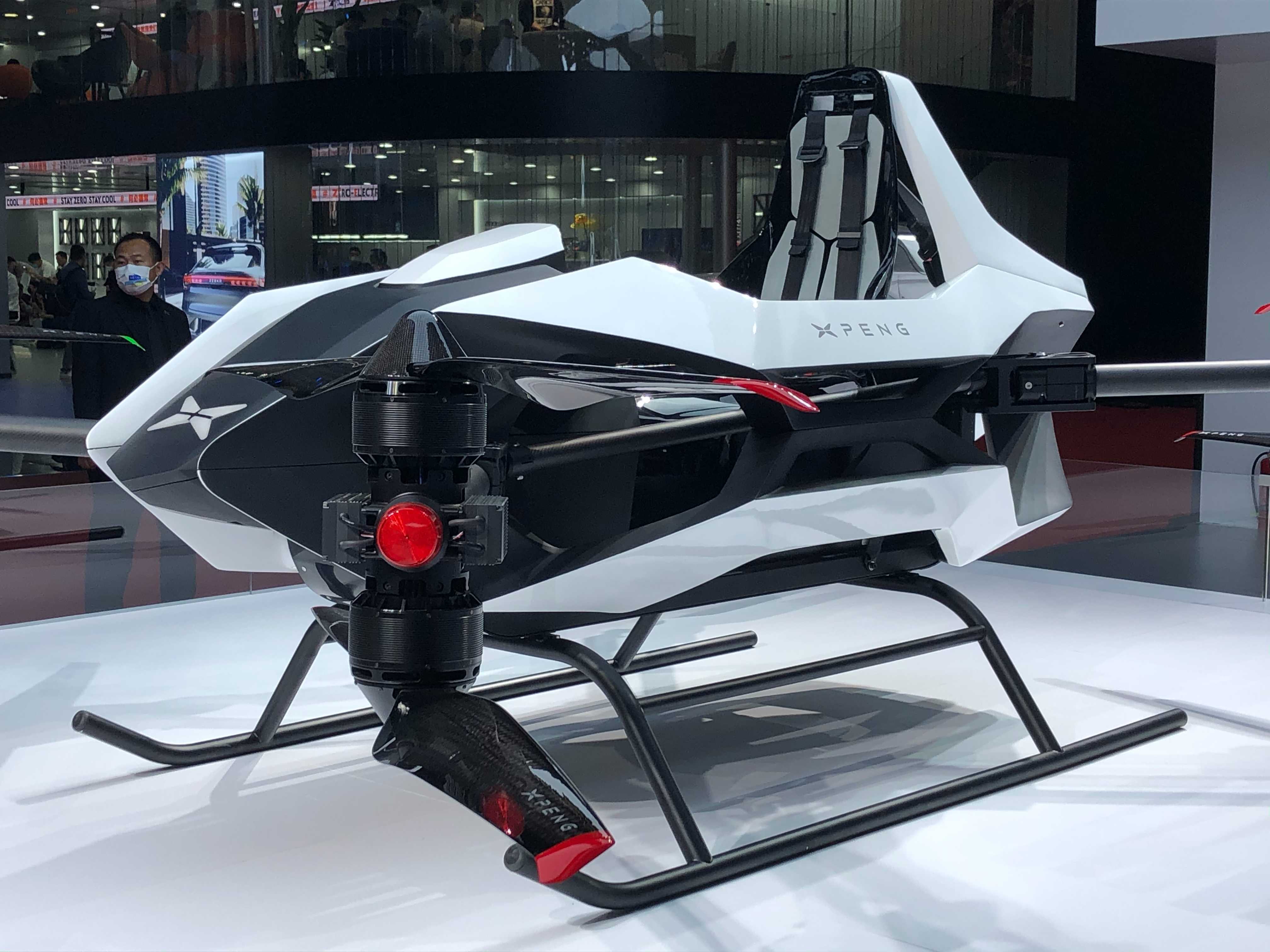 GUANGZHOU, China — For the foreseeable future, Chinese electric car start-up XPeng is trying to boost its sales in the world’s largest auto market.

But the Guangzhou, China-based company is also exploring areas including robotics and flying cars, which could play a role in its longer-term goals.

In an interview with CNBC that aired Thursday, He Xiaopeng, the founder and CEO of XPeng, discussed the ongoing chip shortage hitting the auto industry and why the Chinese Tesla rival is investing in robotics and flying modes of transport.

Earlier this year, XPeng showed off a second prototype of a flying passenger car which it says has been in development for eight years. And on Tuesday, it took the wraps off a four-legged “robotic unicorn,” as it pushes into new areas of business.

“With the development of technology, the form of mobility will evolve from wheels to wings, propellers, 4 legs or 2 feet,” He said, according to a CNBC translation of his Mandarin-language comments. “Technology should help people have better and happier lives. This has always been my goal.”

The XPeng founder predicts that all automakers will become both car makers and robotics companies, a process He says could take 10 to 30 years. XPeng is looking at robots as a transportation tool “in a low-speed and random environment.”

“As it gets better and smarter in the long run, it could help us with some simple repetitive tasks. As the transportation tool becomes more and more intelligent, it could help us take on some tasks. This is how we envision it,” he said.

The X2, XPeng’s second flying car prototype and first that’s able to carry a passenger, was unveiled in July.

Founder He said the company is building a research and development team that will “have a few hundred people.”

“We want to introduce a flying car that can take off or land vertically, a low-to mid-altitude flying car.”

A number of auto companies including Hyundai and China-based Geely are developing aerial vehicles. Other firms like Guangzhou-based EHang are also working on passenger drones.

The XPeng founder said the company will have a press conference in the future, perhaps in a year, to discuss the dimensions and pricing as well as start taking pre-orders for its flying car.

Like many automakers, XPeng has been affected by the global shortage of semiconductors that go into vehicles. The company said its deliveries of vehicles fell in August versus July. XPeng has three cars on the market — the flagship P7 sedan, a cheaper sedan called the P5 and the G3 sports utility vehicle.

The supply chain poses the “biggest challenge” for the company, but He sees it as a chance to build resilience at the automaker.

“The pandemic has caused a shortage of semiconductor chips, which is the biggest blow to our business. I expect the chip shortage to ease in about 18 months from now. In the near future, the situation might get even worse,” he said.

“XPeng is a very young company. I see this as an early test. If we can overcome the challenge and get ready for what’s to come, we will do even better when our sales reach 300,000 or 500,000 cars per year.”

How to invest behind the smart car of the future

Meanwhile, the company has pledged to push on with the release of new models. On Sept. 15, the company will officially launch its P5 sedan aimed at the mass market, after unveiling it in April. And from 2023, XPeng plans to launch at least two or three new vehicle models every year. In preparation for that, the electric carmaker is expanding its own manufacturing capacity.

XPeng has tried to pitch itself as different from its domestic rivals because it develops its own in-house semi-autonomous driving features in a system called XPilot. Its latest version, XPilot 3.0, can be added into its cars as an optional extra and is a rival to Tesla’s Autopilot.

In the first quarter of the year, XPeng said that it recorded revenue from software for the first time, which includes its assisted driving system XPilot. The founder said that while the majority of XPeng’s revenue is from hardware now, software will be a “growing part” of that.

“My idea is that after we launch XPilot 4.0, we will focus more on our software business,” He said, referring to the next-version of its limited self-driving feature suite.