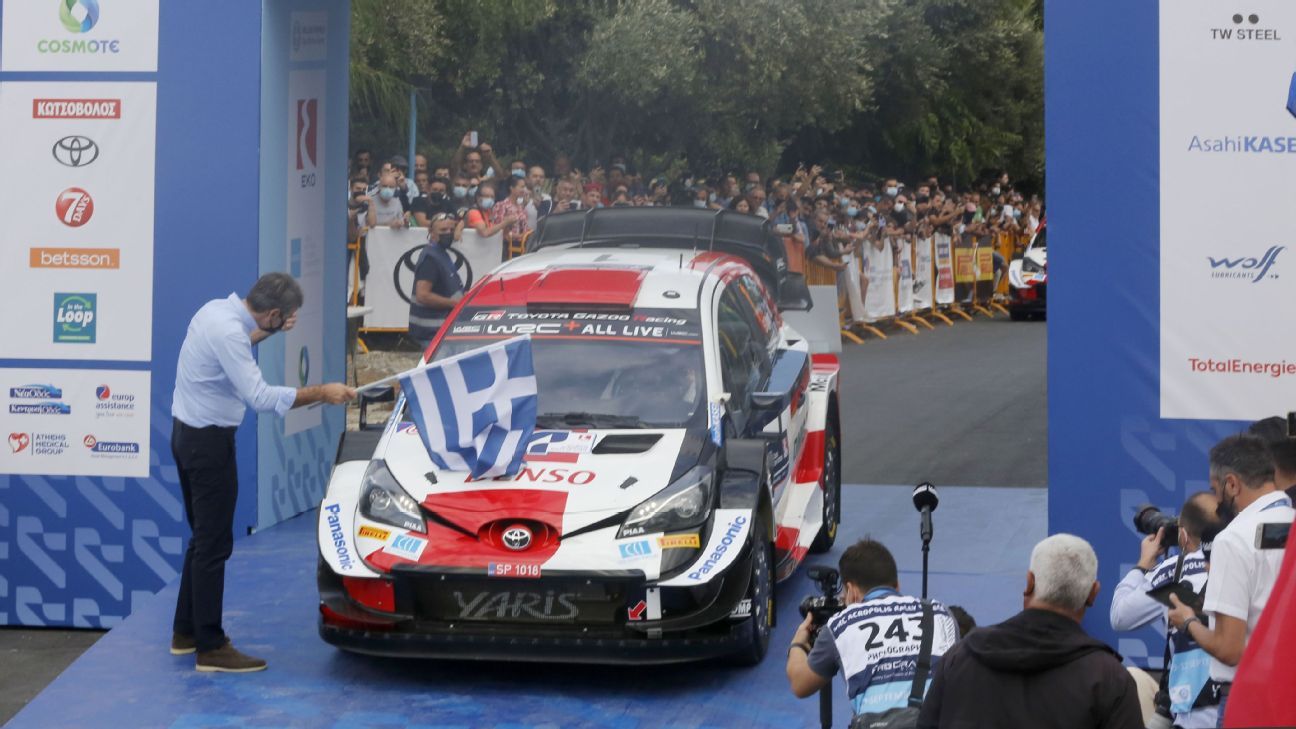 Prime Minister Kyriakos Mitsotakis launched the race at the foot of the Acropolis.

“We’re absolutely thrilled that the Acropolis Rally is back in Greece,” Mitsotakis said. “There’s a very big percentage of the population that is fascinated by motor sport. I don’t think we could have offered them a better gift than the return of the Acropolis.”

Defending champion and standings leader Sebastien Ogier completed the circuit as the fastest driver of the day, watched by thousands of fans as he screeched past Greece’s parliament to clock 51.5 seconds.

Elfyn Evans and Kalle Rovanpera were second and third.

“I love Greece. It’s a beautiful country, even (had) some holiday here many times,” Ogier said. “And I’m really happy to come back on the road.”

The Acropolis Rally, the ninth on the 12-race circuit, ends Sunday.

BMW Alpina launches most powerful model yet with B5 GT
How Tesla’s price cuts could spur an EV pricing war
Ford to cut jobs as it restructures in Europe
Rivian’s first solar-powered EV charger in Tennessee is now live
Report: Tesla “Uses Its Profits As A Weapon”