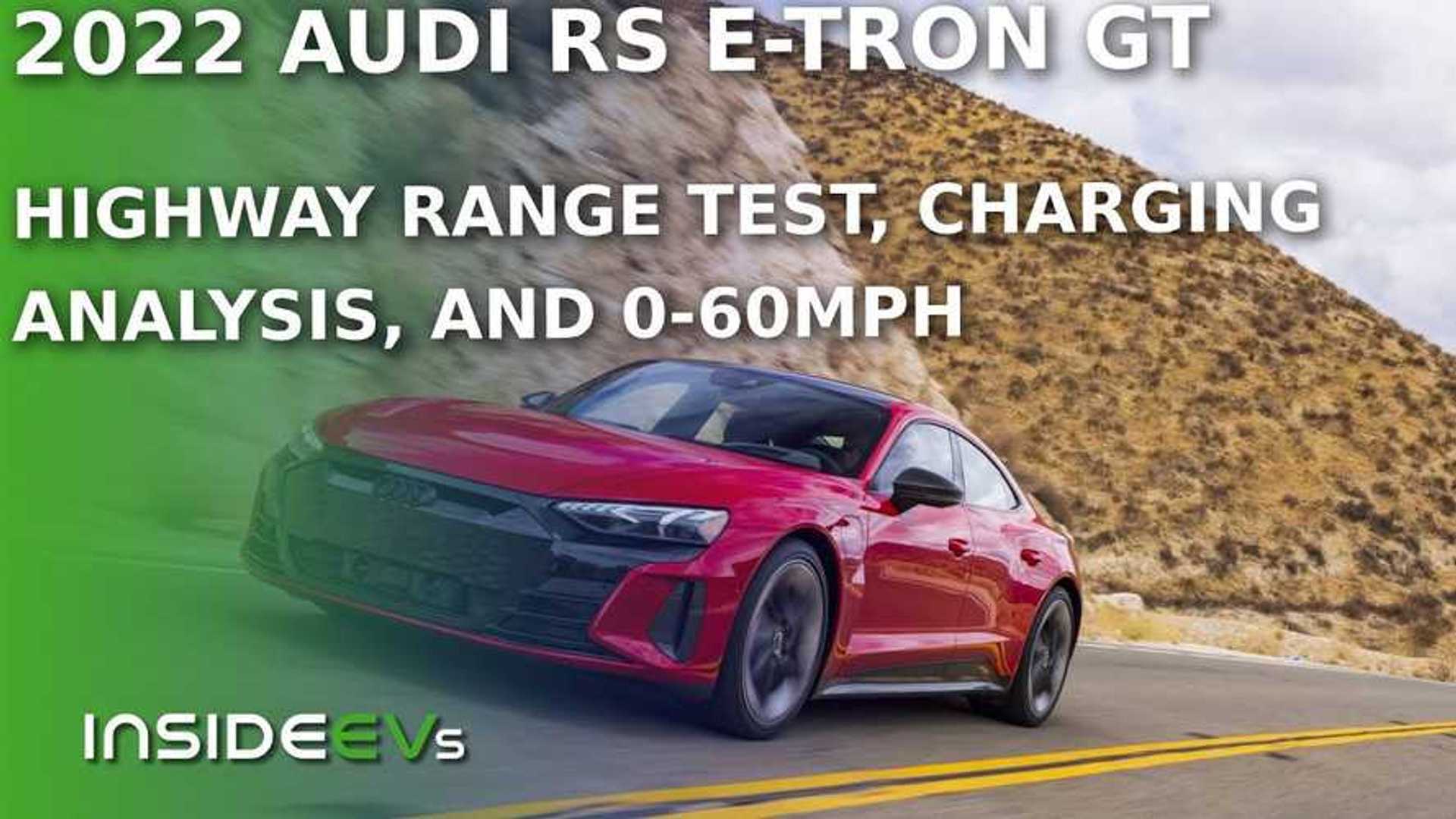 The 2022 Audi RS E-Tron GT is an impressive EV on the road, but can it perform as well as Audi says it can where it counts? We put the RS E-Tron GT through our 70-mph highway range test in the 100-degree California desert weather. We then hook it up to a 350-kW charging station to see how fast the EV can charge.

With many EVs, 0-60 mph times aren’t that important, but this isn’t just any EV. Using a GPS timer, we see how long it takes the 637-horsepower electric Audi to hit 60 mph.

The RS E-Tron GT performed well in all three tests. It beat the EPA’s 232-mile driving range estimate and drove 270 miles. It charged to 80 percent faster than Audi’s quoted time of 22.5 minutes, and hit Audi’s estimated 0-60 mph time spot on. It’s always nice to see EVs performing at or better than the manufacturer’s estimates. For the exact results, please check out the video above.

Before I explain, let me clarify that none of the issues were caused by the E-Tron GT. Also, I’ve used Electrify America and EVgo DC fast-charging stations in my area (Orange County, CA) on many occasions. In most cases, they’ve been reliable. During my time with the RS E-Tron GT, all of my DC fast charging sessions were perfect with the exception of the range test day.

When I plugged into the EA charging station after my range test, it was charging at a very slow speed and stopped after about 10 minutes. I unplugged it and tried again. The second time around it was charging fast, but due to the time interruption and higher state of charge, I decided not to record that session and drove to a different charging station in order to get the battery back down to 1 percent.

There aren’t that many 350-kW DC fast-charging stations and decided to use an EVgo station that I’ve used in the past. EVgo stations have a limit of an hour, which would have been plenty of time for a full charge to 100 percent, but the machine stopped charging at 93 percent. I explain why in the video. That was the first time I’ve had that happen to me at an EVgo station.

The Audi RS E-Tron GT did well in testing, drives great, rides well, and looks phenomenal, but it has its flaws (check out the First Drive video here). If you’re a fan of one-pedal driving, you will be disappointed at the fact that the E-Tron GT doesn’t offer it. When you lift off the accelerator pedal, energy regeneration and braking don’t happen unless you toggle the left paddle shifter for stronger brake regeneration, but it’s still minimal.

Serious brake regeneration and stopping power happen when you apply the brake pedal, forcing the driver to use both pedals. This is of course fine for those who are new to EVs or don’t like one-pedal driving. Still, I wish Audi gave you the option. The significant amount of rocking when coming to a stop is my other complaint, but that’s a minimal one.

Let us know in the comments below how you think the Audi RS E-Tron GT performed in our testing.

Auto cybersecurity firm predicts consumers will emerge as hackers; attacks expected on fleets, EV charging infrastructure
Ferrari’s electric supercars will rev up with sound of engines, patent shows
Ford to cut jobs as it restructures in Europe
Polestar’s newest outlet made entirely out of snow
McLaren aiming to be title contenders by 2025