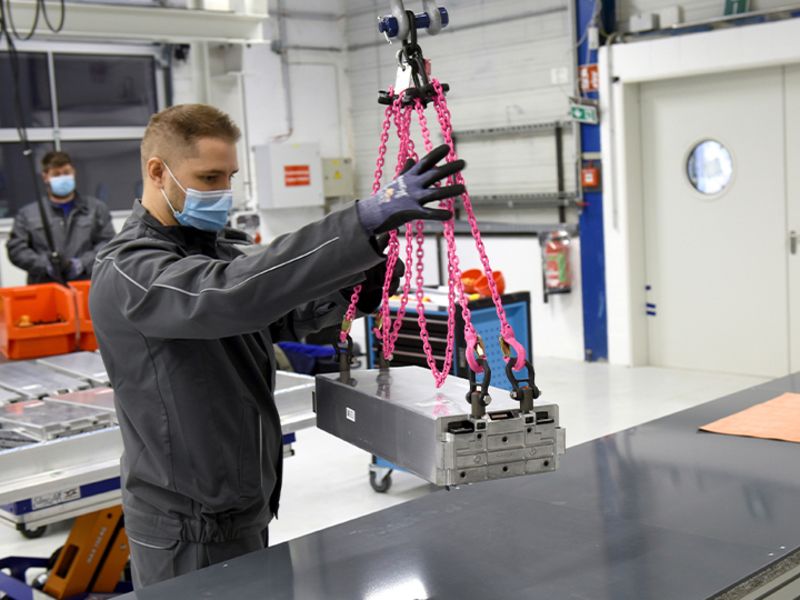 MUNICH — Volkswagen Group CEO Herbert Diess is optimistic that there are sufficient funds, internal or external, to pull off its ambitious plan to build six large battery factories across Europe with partners by the end of the decade.

“The required capital is available in the market. Northvolt has shown this,” Diess said on the sidelines of the Munich auto show.

Swedish battery cell maker Northvolt, in which Volkswagen owns a 20 percent stake, raised $2.8 billion in June in one of the biggest private placements in Europe this year that was led by four Swedish pension fund and OMERS Capital Markets.

VW in March outlined its battery cell push, which it plans to pull off with partners, but has so far not specified exactly how much it will cost and what share the automaker plans to fund on its own.

The six European factories will have joint production capacity of up to 240 gigawatt hours a year, with the first 40 GWh coming from Northvolt from 2023.

The second plant will be built in the city of Salzgitter by 2025 in partnership with China’s Gotion High-Tech, in which VW owns a 26 percent stake, with Spain and eastern Europe possible locations for a third and fourth plant.

Two more plants are to be built in subsequent years but VW has not specified where in Europe they will be located.

Diess in May said that parts of VW’s battery activities could be separately listed in an initial public offering.