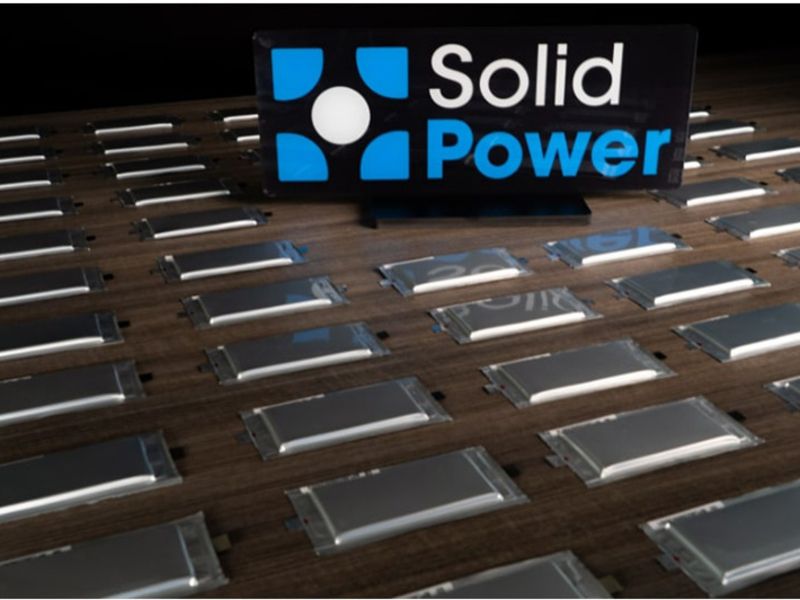 Solid Power, a maker of solid-state batteries for electric vehicles, is expanding its factory outside Denver to scale production so it can deliver test cells to Ford Motor Co. and BMW in early 2022.

The startup, which counts both carmakers as investors, is building a new facility at the Colorado site to increase output of sulfide-based solid electrolytes — a material that helps shuttle ions back and forth in a battery to generate power. It’s also building a new pilot line to produce 100 ampere battery cells, the capacity required by its automotive partners.

Solid Power and rivals such as QuantumScape Corp. and SES Holdings are developing solid-state batteries, an innovation that, if successful, holds the promise of dramatically speeding up EV adoption by providing automakers with a safer, cheaper alternative to lithium ion batteries.

Solid Power has an agreement to test its cells in Ford and BMW vehicles. If manufacturing is successful, it will deliver the cells in 2022, with an eye toward full battery production in 2025 and vehicle manufacturing in 2026, CEO Doug Campbell said in an interview. Solid Power would look to partner with an automaker or existing battery manufacturer for full production, he said.

To support its growth, the company announced plans in June to go public via a reverse merger with Decarbonization Plus Acquisition Corp. III. Solid Power is likely to begin trading in the fourth quarter, Campbell said.