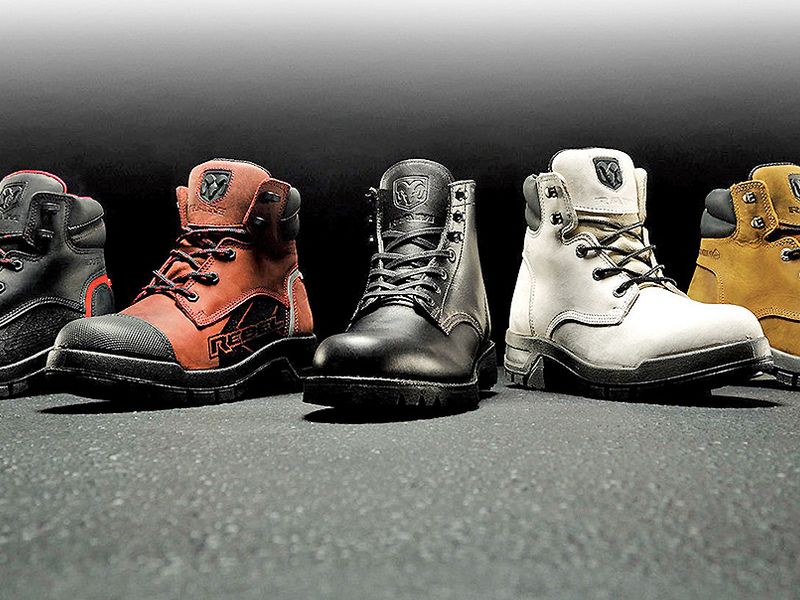 While Ford Motor Co. used footwear to help design a truck, Ram went in the opposite direction.

Ram has partnered with clothing company Wolverine to create a line of work boots with designs inspired by its pickups. The collection is modeled after Ram’s Tradesman, Rebel and Limited trim levels.

“We picked elements of each of the products to really come through in the boot,” said Ryan Nagode, chief designer of Ram Interior Studios. “The way that you think about the design process realistically is not that different from how we approach designing a truck or planning a Ram truck. You really look for those unique attributes that define and build your brand.”

The Tradesman boot comes in two versions, including white. Many of the Tradesman trucks are sold in white, so Nagode said “that was kind of an inspiration I think that the design team at Wolverine really took and ran with.”

The Rebel boot, which also has two color options, is differentiated by a bold red just like its truck counterpart. The boot has multicolored stitching as well, which is a nod to the truck’s interior. The Rebel text is emblazoned on the side of the boot.

The Limited boot is based on Ram’s highest trim level and comes in black Horween leather inspired by the Limited’s ultrapremium interior.

Ram crafted a digital spot to showcase the boots, which run from $229 to $400. The ad feels like a typical Ram spot until the sudden close-ups of the stylish boots. Stellantis says the spot is the second installment of Ram’s “God Bless the Working Class” series that salutes American working-class heroes.