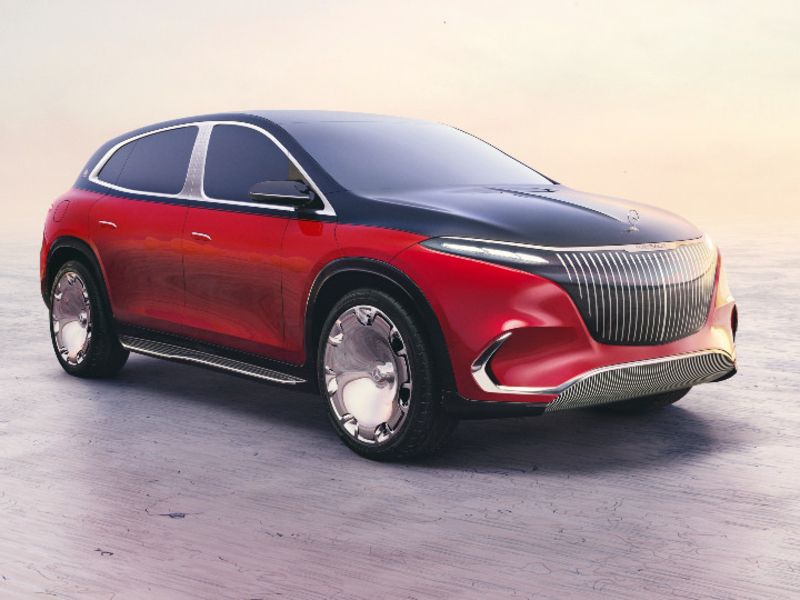 The Concept Mercedes-Maybach EQS was unveiled at the Munich auto show on Monday.

It’s a physical concept with a virtual interior designed to recreates the “feel-good atmosphere of an elegant yacht,” Mercedes said in a statement.

The concept is a “near production” preview of the first full-electric model from Maybach, Mercedes said.

“We are extending our leadership aspirations in the high-end segment to the area of electric mobility,” said Philipp Schiemer, head of the Top End Vehicle Group at Mercedes Cars. The Top End group includes Maybach, AMG and the G-Class.

The concept has Maybach’s signature two-tone paint finish but otherwise presents a “completely new appearance” for the brand with its smooth exterior design, Mercedes design chief Gorden Wagener said in the statement.

“We are completely redefining the luxury SUV of the future,” he said.

The blanked-out front grille with its Maybach pinstripe chrome detailing blends “seamlessly” into the hood and the LED headlights.

A number of chrome elements on the exterior including the deeply dished wheels establish the Maybach look.

The interior is accessed by optional electric doors, which can be set to open automatically as passengers approach. They can be also opened via an app.

The interior was created virtually rather than physically but the design shows a lounge environment with pale leather trim and accents of both rose-gold metal or blue LED strips.

Between the individual rear seats is a flower vase, while underneath a large storage area offers space for utensils or for individual equipment options such as folding tables, a box of champagne glasses or a a refrigerated compartment.

The dashboard is dominated by the so-called Hyperscreen seen on the EQS and EQE sedans that stretches across the front. The 56-inch wide feature stitches together three screens to give the appearance of one single screen and here has been given Maybach specific design and content.

Mercedes said the EQS Maybach will have about 600 km (372 miles) of range. Thje company did not disclose details about battery sizes or the drivetrain.

The Concept Mercedes-Maybach EQS has styling hints for the EQS that will be an electric SUV flagship for the Mercedes brand.

The EQS will sit on Daimler’s new electric platform for large cars and will go into series production in 2022, ahead of a Maybach version ,Mercedes said.

The platform also underpins the EQS and EQE battery-powered sedans.

The EQS has a battery size of 108 kilowatt-hours, giving it a range of up to 770 km. A smaller battery of 90 kWh is also available.

The EQE, also unveiled at Munich, uses the smaller 90kWh battery with a range of up to 660 km.