A Ford Mustang has been involved in a rather bizarre incident at the University of British Columbia (UBC) in Vancouver.

Images shared to Twitter show a white Mustang resting on a row of steps leading down to a pedestrian crossing.

Watch Also: Ford Mustang Slams Into A Kia Sorento And Makes A Run For It

It appears as though the driver of the Mustang mistakenly drove the muscle car along a pedestrian area, thinking that it was a road. Evidently, the driver may have been distracted as they clearly didn’t see the stairs before inadvertently driving down them.

We are spending the day at UBC today but found this odd situation. I wonder what happens now. @NEWS1130 @CKNW @CTVVancouver pic.twitter.com/1fmqbGFwJG

It is understood that the Mustang was stuck on the staircase for about an hour. It doesn’t appear to have suffered too much damage, at least from what’s visible in these photos. However, it’s inevitable that the underside has been scratched and dented and it’s entirely possible that some damage has been done to the exhaust, as well as other components.

Speaking with the Daily Hive, a spokesperson from UBC said it was investigating the incident.

“We’re aware of the incident and are reviewing it as we look to improve safety on our campus,” the spokesperson said. “UBC Vancouver is busy this week as students return for September 7 start of classes. We would ask all drivers to pay close attention to signs indicating roads and pedestrian pathways.”

Making the incident all the more strange is the fact that this isn’t the first time a car has driven down these steps. Between October 5 and December 17, 2017, there were no less than three separate incidents like this one. 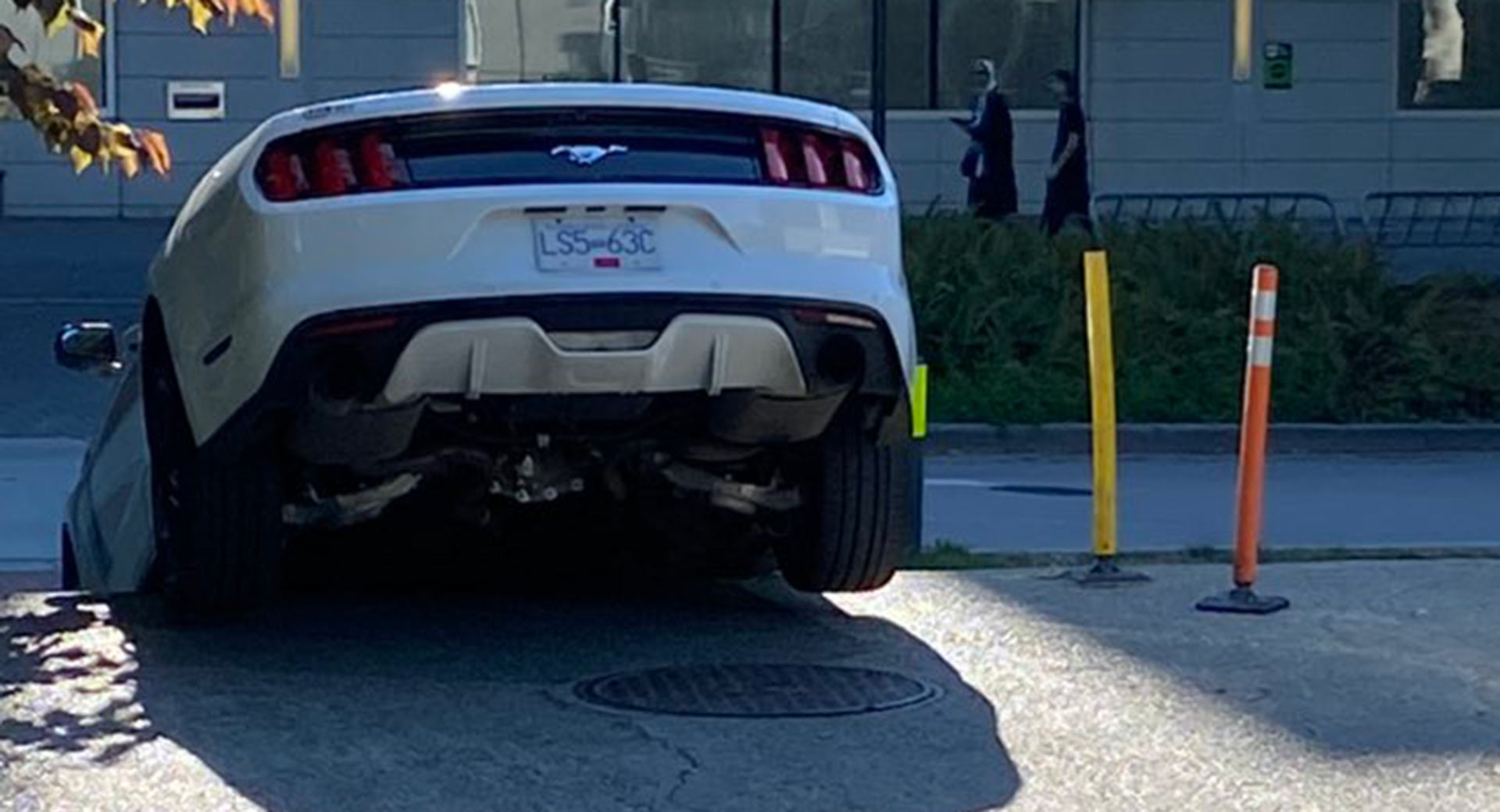