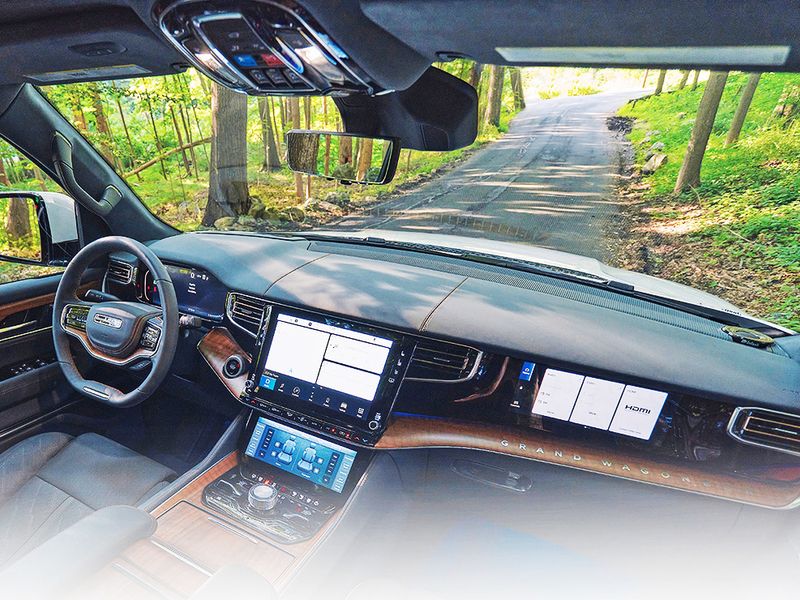 LOS ANGELES — The in-vehicle experience is poised for one of its biggest transformations to date, with the wider adoption of 5G technology.

Nearly every company tied to the automotive sector, from tech startups to staples such as Jeep, are preparing for high-speed, high-capacity, low-latency wireless tech to enhance in-vehicle experiences for both passengers and drivers.

“5G can be a key piece of technology … to facilitate real-time 3D experiences more broadly and better meet the demands of the real-time economy,” said Ed Martin, automotive lead at Unity, a San Francisco tech company that, working with a network of partners, has been at the forefront of developing 5G applications for the automotive sector.

“It will also speed up the entire product life cycle for OEMs … and improve responsiveness for the numerous applications that demand real-time updates, including 3D maps, vehicle software updates and diagnostics and other augmented reality experiences amongst others,” Martin said via email.

It is practically impossible to pinpoint every way that 5G is set to change the in-vehicle experience, given the wide scope of potential applications for the tech. But Shift has zeroed in on four major areas in which the high-speed wireless technology is likely to have the greatest impact.

The impact that 5G technology will have on these systems is already coming into clear view, with everything from richer graphics and head-up displays to augmented reality experiences. A host of new vehicles, such as the 2022 Jeep Grand Wagoneer, feature new user-interface components, allowing for easy transition to the wider use of 5G, such as the new fifth-generation Uconnect system.

The company will not disclose specific details on how the luxury Jeep’s infotainment system will leverage the high-speed wireless tech but noted that the Grand Wagoneer features the most-advanced in-car tech ever put in any vehicle under any Stellantis brand making it well prepared for the wider use of 5G.

The Pininfarina Teorema Virtual Concept Car, revealed in July, paints a wilder picture of what the future might hold.

Envisioned as a fully autonomous electric vehicle, the concept imagines the wireless tech powering holographic augmented reality that transforms traffic information, places of interest and passenger curiosities into an immersive interactive experience with the environment or outdoor surroundings.

Some of the most far-reaching advancements will involve in-vehicle mapping technology, enabling navigation systems to pinpoint locations faster and more accurately.

Venice, Calif., tech startup Fantasmo found that 5G enables the company to expand its “hyper-accurate” positioning and 3D mapping with near real-time updates using camera data. The discovery, tested at 5G Studio, a New York lab created by Verizon and technology hub Newlab, significantly expands the capabilities of Fantasmo’s positioning service, which it said is 20 times more accurate than GPS and capable of working in a variety of environments.

The capabilities of over-the-air vehicle updates will advance significantly with the expansion of 5G technology, enabling automotive companies to transmit larger volumes of data to and from vehicles and at a much faster speed.

Automakers including Hyundai and Mercedes-Benz have been preparing for several years. 5G is a central component of the new all-electric BMW iX, which features the latest version of the automaker’s iDrive 8 interface. It allows for real-time reception and transmission of large volumes of data and sensor system information.

The prospect of enhanced over-the-air updates has caught the attention of nonautomotive companies reaching into the mobility space. In April, Sony and Vodafone Germany began testing Sony’s Vision-S prototype, the electric car Sony revealed at CES 2020. The car is equipped with 5G network connectivity, which Sony says “enables a continuous connection between the in-vehicle systems and the cloud.”

The in-vehicle entertainment experience is one of the most buzzed-about areas of mobility poised for a major transformation. Entertainment will become far more immersive, enabling passengers to do videoconference calls, play 3D games and stream HD movies inside the vehicle.

Samsung has been working to further advance in-car 5G, using array antenna beamforming, a technology that minimizes interference when receiving and transmitting data at superfast speeds. It makes streaming ultra-high-definition 8K video possible even when the vehicle is moving.