A Ford Mustang, GMC Acadia, and GMC Savana have all been damaged in a bizarre crash that occurred in Sandy Springs, Georgia.

Images shared to Twitter by the Sandy Springs Police shows the three cars wedged together at an exit on the I-285 heading East. The police’s Twitter account states that the three vehicles all tried to take the exit at the same time. However, the driver of the Mustang has a different story.

⁦@SandySprings_PD⁩ is investigating this crash on I-285 East at Glenridge Dr. where these 3 vehicles tried taking the exit are the same time. No injuries were reported pic.twitter.com/JXx1dbEu31

It appears as though all three vehicles have suffered quite a lot of damage. As the Acadia side-swiped the Savana, its passenger side has likely been badly scratched and dented. We can also see that the Savana sustained some damage to its driver’s side front quarter panel. A turn signal has also been knocked loose. As for the Mustang, it has probably been damaged the most as the force of the crash has caused one of its wheels to slide up the concrete barricade.

Fortunately, no one was seriously injured in this accident. 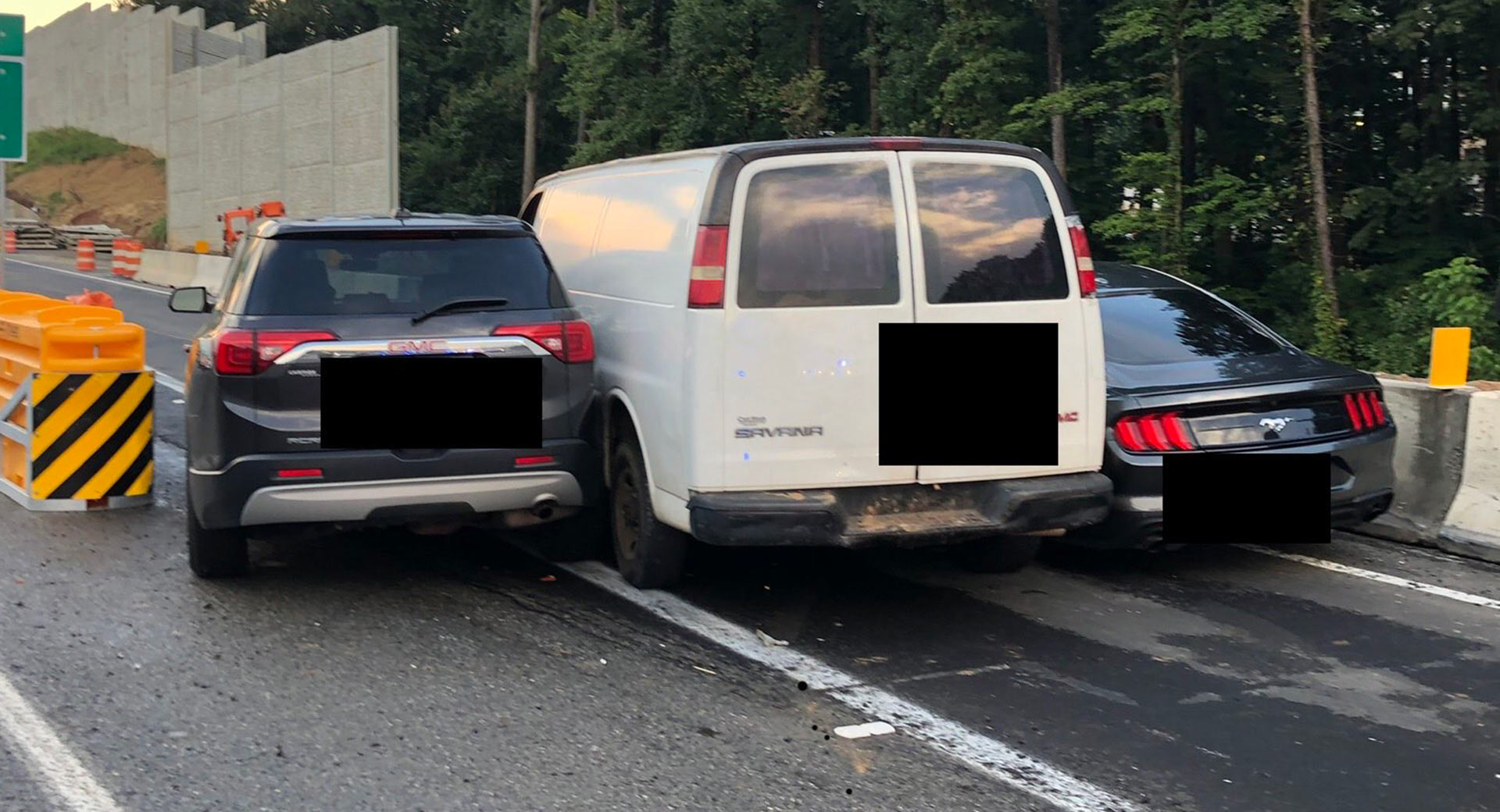