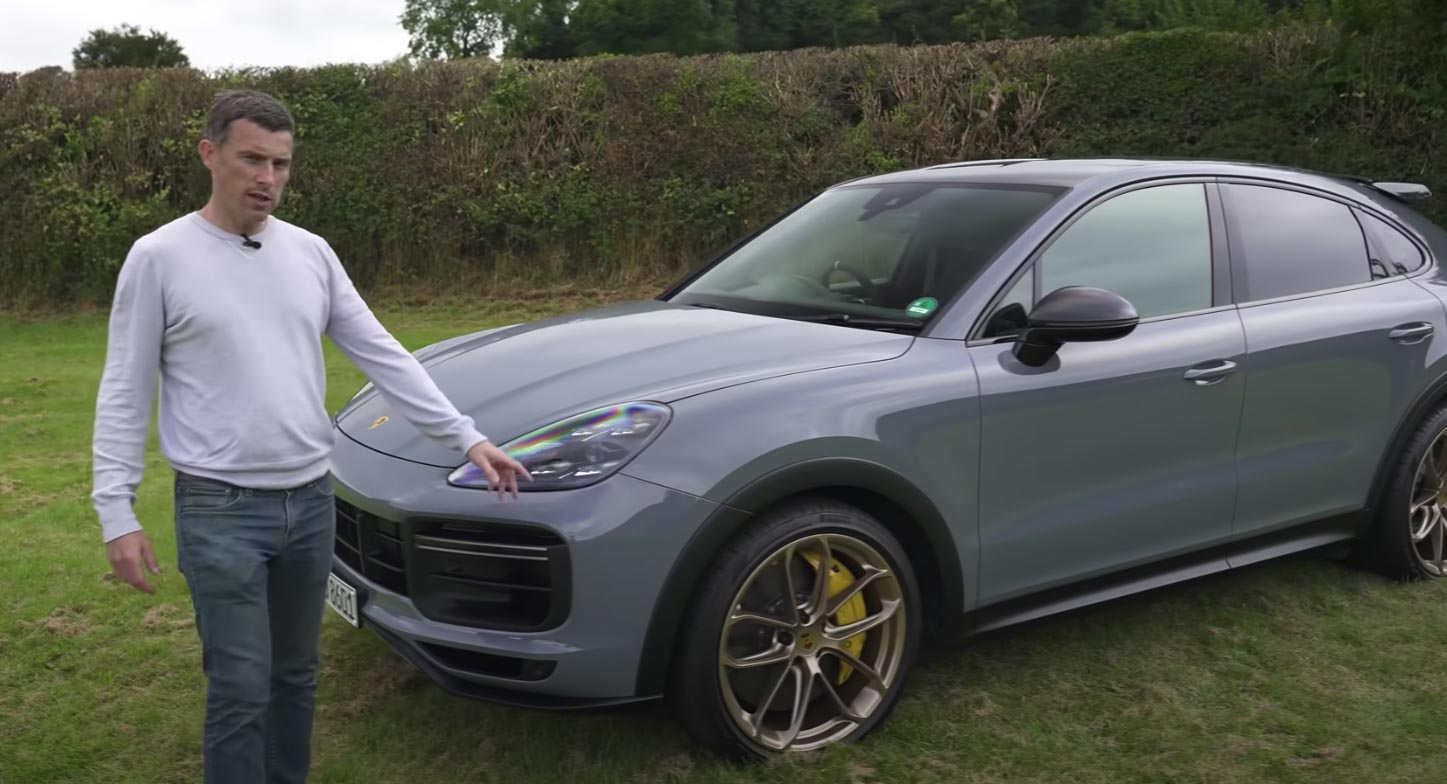 With SUVs and crossovers rising in popularity, it’s no surprise that we are starting to see almost every player in the automotive industry rolling their versions down the red carpet. What’s interesting, however, is the subtle competition between some of the more premium names to try and conquer the ‘performance SUV’ segment. So far we’ve seen some impressive efforts from companies like Lamborghini with the Urus and BMW with the X6, but a new (old) kid has arrived on the block, and it’s called the Cayenne Turbo GT, ready to reclaim the throne.

Judging by a recent review by Mat Watson from CarWow, it’s safe to assume that Porsche hasn’t taken any shortcuts to turn their luxury SUV into a track star. Visually, the Turbo GT stands out very much against the regular Cayenne Turbo. We now see a more aggressive design with bigger air intakes, 22-inch gold-painted wheels, some aero parts and, of course, a few carbon fiber parts to show off its pedigree. The inside is as impressive as you might expect. Porsche has been generous with Alcantara for the Turbo GT, as the entire cabin seems to be enveloped by the plush material and then coupled with subtle gold trim to match the exterior.

Read: The Fastest And Quickest Porsche SUV Comes In The Form Of The Cayenne Turbo GT

Now, obviously, all of that cosmetic razzle-dazzle has to be backed up with some impressive power, so let’s go through some of the numbers on the spec sheet. After some fettling by Porsche’s GT division, the 4.0-liter twin-turbo V8 is able to transfer 640 hp and 840 Nm of torque to the wheels via an eight-speed automatic gearbox. You also get added features liken carbon-ceramic brakes and 10-piston brake calipers.

So exactly how well do these impressive new specs do on the tarmac? If Watson’s reaction wasn’t convincing enough, the Turbo GT is suitably quick. Furthermore, its handling is equally impressive. In fact, it takes Watson no longer than about 15 seconds of driving the Turbo GT in sports plus mode to call it “the best handling, most sporty SUV ever”. And with a 0-60 mph (0-96 km/h) time of 3.1 seconds, who’s going to argue? Not Watson, who declares it “more fun than many ‘supposed’ sports cars.”