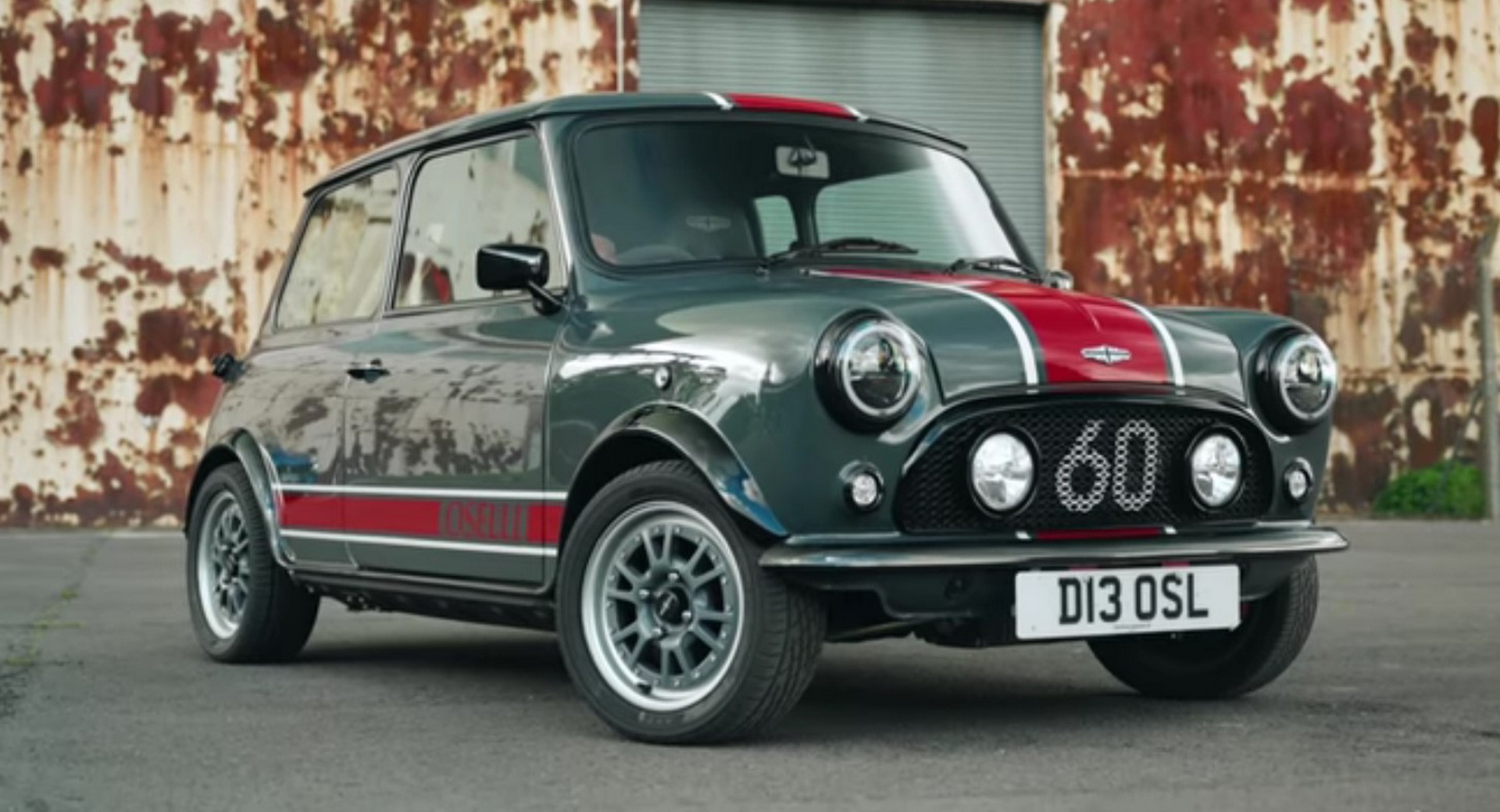 For all the positive press that rear-wheel-drive vehicles get, front-wheel-drive ones deliver their own joys and even advantages when set up properly.

The original Mini may be one of the cars that most fully embraces the advantages of power transmitted to the front wheels. Its design was determined by its front-engine, front-wheel-drive layout. To make it small enough to be cheap, but big enough to offer enough space for passengers, the engine was mounted transversely and its wheels pushed right out to the edges of the body.

Not only did that make for a car that was tiny on the outside, big on the inside, and cheap to own, but also one that was a hoot to drive, too. Now David Brown Automotive has taken those attributes and traded the cheapness for power to make the car even more fun to drive.

Those numbers don’t really do the car justice, though. Perhaps more important is the fact that it has a limited-slip differential, high-performance four-piston brakes, and a Bilstein sports suspension. Together, they all combine with the design of the Mini to provide a sensory experience like no other.

“Under braking into a corner, the back goes incredibly light,” says host Drew Stearne. “But then under throttle, the front gets light. You’re constantly managing as weight gets thrown back and forth on the car. You can go from understeer into oversteer and back again two or three times within the course of just one corner.”

It puts you constantly in conversation with the forces acting upon the car. And because it’s small, light, and not extremely fast, the consequences of screwing up a corner are so minimal that you can recover and learn rather than crash into a barrier and lose your car.

“You’re never getting yourself in so much bother that you can’t recover. A slide is easy to get back from, so even if you get it wrong,” says Stearne, taking a corner, “there with understeer, there isn’t enough weight to carry the car off the track.”