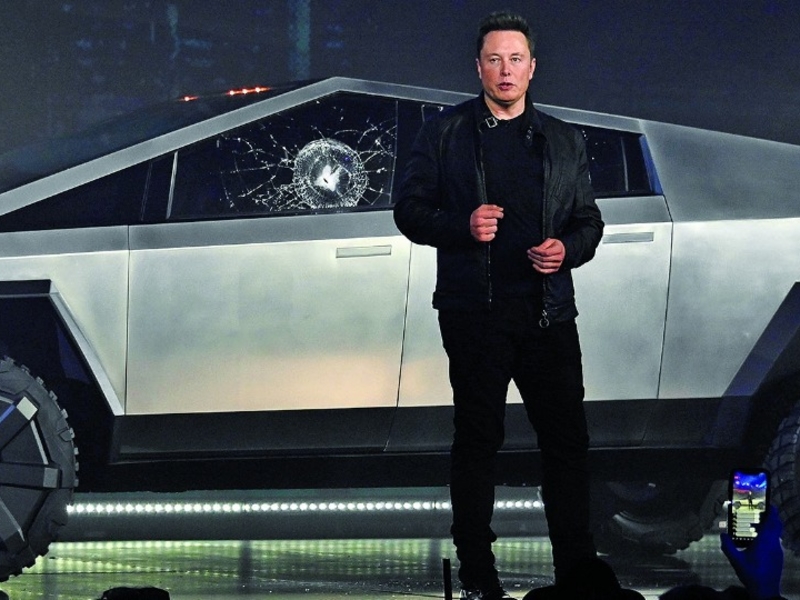 Tesla Inc.’s Cybertruck pickup has fallen about a year behind schedule, the blog Electrek reported, citing remarks CEO Elon Musk made on a companywide call with employees.

The truck is expected to start production at the end of 2022 and won’t be made in volume until late 2023, Electrek said, citing unidentified sources who were on the call with Musk. The CEO told employees that ramping up output will be complicated by the amount of new technology the company will put into the pickup.

Tesla has dropped several hints that its wedge-shaped pickup will be delayed. In April, Musk said both the Cybertruck and the Semi will run on new, larger battery cells that the carmaker is making on a pilot line in California. The CEO cautioned that volume manufacturing of those cells appeared to be roughly 12 to 18 months away. Tesla also recently updated its online configurator where customers can reserve their pickup to refer to production nearing in 2022 rather than late this year.