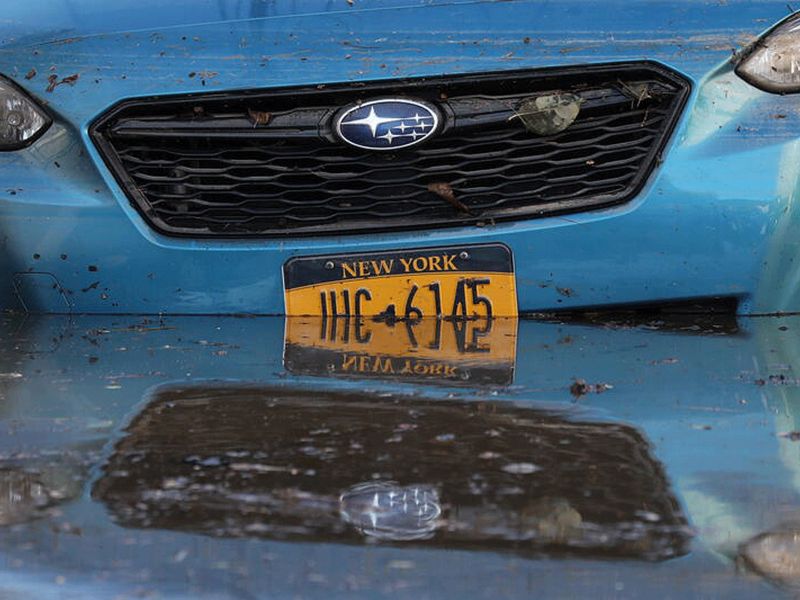 Areas of New Jersey that don’t typically see extensive flooding were overwhelmed. In some instances, dealers moved cars out of low-lying spots, but it was futile.

“In some cases, even the locations dealers were moving cars to which [were] presumed to be high and dry were neither high enough nor dry enough to prevent a loss,” New Jersey Coalition of Automotive Retailers President Jim Appleton told Automotive News.

Appleton, who spent Thursday talking to dealers, estimated at least 10 to 15 dealerships in the state would experience significant losses. One dealer told Appleton he lost up to 150 cars.

“I had a dealer with a Ford store who told me all of his F-150s were underwater … those vehicles are all off the market,” he said.

Paula Frendel, executive director of the New Jersey Independent Automobile Dealers Association, said she heard mixed reports. Some dealers escaped with no damage to their stores. Others reported vehicles with water up to their doors, she said in a text.

And in the boroughs of New York City, streets and subway systems became like rivers and waterfalls, according to a bevy of images posted on social media. The Weather Service reported a record-breaking 3.15 inches of rain fell in one hour in Central Park.

“Queens has been hit very, very hard,” said Mark Schienberg, president of the Greater New York Automobile Dealers Association. “We haven’t heard anything yet, but we will, I’m sure, in the next couple of hours as we get reports back in.”

The historic rainfall led the governors of New York and New Jersey to declare states of emergency. The remnants dropped 6 to 8 inches of rain across the Northeast and even spawned tornadoes in New Jersey and Maryland, according to the Weather Service.

The remnants caused the deaths of at least 12 people in New York City and 14 in New Jersey, according to local news reports.

Soil in the region was already saturated because of Hurricane Henri, which made landfall in Rhode Island as a tropical storm just over a week ago.

Meanwhile, the swath of Louisiana affected by Ida’s early-week landfall as a violent Category 4 hurricane has a long road to recovery.

Cellular service was still spotty and hundreds of thousands of people were without electricity or running water, said Louisiana Automobile Dealers Association President Will Green. Dealerships and thousands of employees have also been impacted, he said.

“There’s widespread devastation,” Green said. “I was able to go down to an area outside of New Orleans yesterday with members of our state House and volunteer. … There were several dealerships in that area that were severely impacted and homes that were without roofs, some moderate flooding, fallen trees, downed power lines.”

Green said he’s heard several estimations on how long it will take the region to recover — a week for some areas and a month for others.

“It is definitely going to be, for many in those badly affected areas, a long recovery,” Green said.