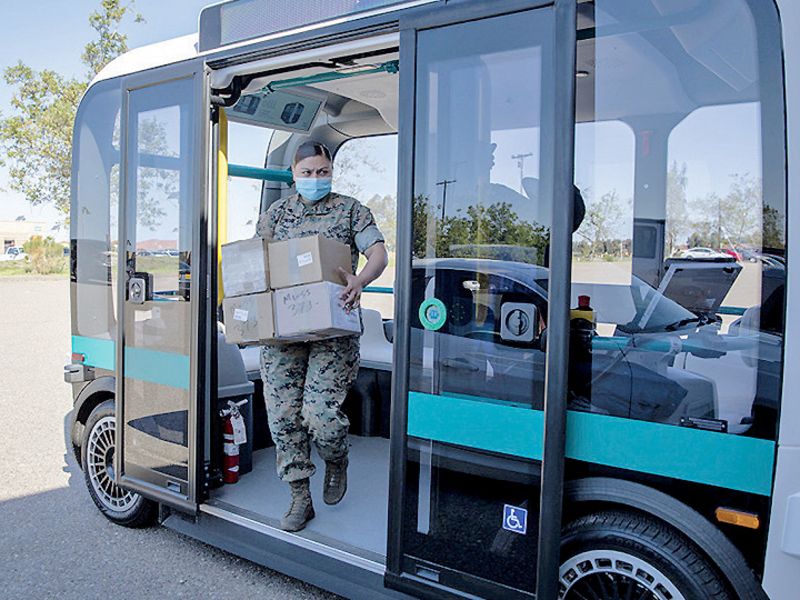 5G proved to be a crucial tool when several companies deployed in April an autonomous electric shuttle called Olli for testing at a California military base.

In a 90-day pilot program that took place at Marine Corps Air Station Miramar in San Diego, system and sensor data from the Olli test drives was transmitted via Verizon’s 5G Ultra Wideband network. The boxy shuttle, a brainchild of Phoenix-based ground mobility company Local Motors, was used to transport people and packages around the base.

The data made its way to a collection and storage service operated by Robotic Research.

The military base hosts a “living lab” reserved for developing and testing applications that are enabled by the fifth-generation cellular network.

The U.S. Marine Corps and Verizon Public Sector announced the laboratory in July 2020.

Other collaborators on the program included U.S. Ignite, an effort by the National Science Foundation and other agencies that promote “the development and deployment of next-generation applications on ultra-fast, programmable networks.”